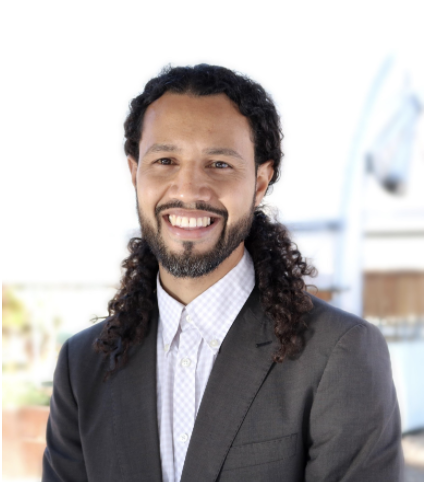 Daniel P. Castillo was born in Brooklyn, New York and raised in the inner-cities of Los Angeles, California, two dynamic urban centers that have shaped his love of film, music and the arts, as well as his drive to seek social justice, diversity, equity and inclusion.

Daniel is naturally contemplative and artistic, and has utilized his gifts of storytelling, filmmaking and graphic design to develop narratives that reflect the diverse experiences of low-income people and people of color whose voices are often missing from mainstream media. He honed his skills in film and graphic design schools, where he received accolades for his academic successes, unique perspectives and artistic abilities.

Daniel’s talents landed him a number of opportunities in the industry. As he worked on projects, he noticed an alarming pattern; the films that he participated in were reinforcing stereotypes of people of color and perpetuating a cycle of negative portrayals. He wanted to change these practices in the industry and bring new voices and narratives into film, so he joined forces with dedicated community members to create the Social Justice Learning Institute (SJLI), an organization that is committed to helping communities build the capacity needed to assess injustices and use their agency to transform their communities and the stories told about them.

He began his career at SJLI teaching documentary filmmaking to high school boys in the organization’s Black Male Youth Academy. He quickly moved into the role of Educational Equity Programs Director, where he managed the development and expansion of SJLI’s Boys and Men of Color efforts through a series of programs, broadly known as Urban Scholars, which focused on addressing the literacy needs of boys and men of color by helping them develop academic competencies, critical consciousness and social awareness with the ultimate intentions to equip and empower them to enact social change through research, training, and community mobilization.

In his current role, Daniel serves as the Creative Arts and Youth Empowerment Programs Director, where he is focused on creating youth programs that utilize art as a medium to create and transmit stories for change. With SJLI, Daniel works with students and utilizes his talent to create and produce films with meaning with hopes that his message and storytelling abilities will inspire inner-city youth to examine and explore the depths of their own rich experiences and help them creatively share them with their communities to inspire personal and social transformation.

Daniel holds a Bachelor of Science degree in Video Production and Digital Filmmaking from the Art Institute of California–Los Angeles, and an Associate of Science degree in Graphic Design from Westwood College of Technology. He is currently completing his MA in Global Leadership at Fuller Theological Seminary.

In his spare time, Daniel enjoys all things athletic and travels around the world with his wife whenever they find time to pull away from work.