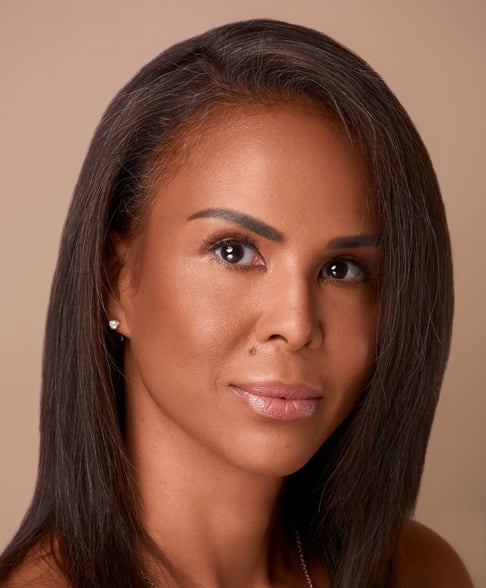 Sil Lai Abrams is a National Association of Black Journalists (NABJ) award-winning writer, inspirational speaker, and gender violence awareness activist and advocate. She has appeared on ABC, CNN, MSNBC, Al Jazeera, FOX, BET, and TruTV and profiled in national publications such as Modern Woman, The Hollywood Reporter, Redbook, EBONY, and ESSENCE. She is a sought-after public speaker and workshop facilitator on gender violence, race, and media depictions of women of color, counting the Federal Bureau of Investigation, the National Medical Association, Harvard Foundation, Oberlin College, and Dress for Success as former clients. A nationally recognized expert on gender violence, Sil Lai was featured in Pine-Sol’s “Powerful Difference” campaign, a national cause marketing effort that celebrates women making a positive difference in their communities. The Root website selected Sil Lai as one of their “Black Women Change Agents on Social Media,” praising her efforts to generate greater awareness of the impact of racial stereotypes in media by her use of “social media to protest the narrative that Black women’s realities can be defined by dysfunctional entertainment.” After going public during the Me Too era about her experiences with sexual violence, she was featured as a primary subject in the acclaimed 2020 documentary on the sexual assault survivors of hip hop impresario Russell Simmons, On the Record, directed by filmmakers Amy Ziering and Kirby Dick of the Hunting Ground, the Invisible War, and HBO Max’s Allen v. Farrow fame.

Sil Lai is the author of two books, the 2007 self-help tome No More Drama: Nine Simple Steps to Transforming a Breakdown into a Breakthrough and the acclaimed 2016 memoir Black Lotus: A Woman’s Search for Racial Identity. Black Lotus details her experience of being a child of Black descent raised in a white family who hid her true racial identity to shield her from feeling different than her non-Black siblings. Her book details the racial trauma inflicted upon children of color by well-intentioned white parents who raise their children with a “post-racial” mindset and how confronting her internalized anti-Blackness engendered a greater understanding of herself and the world around her. The Los Angeles Review of Books wrote, “Through one woman’s deep dive into racial identity, the reader is forced to reckon with their own lives.” The EBONY essay that inspired Black Lotus, “Passing Strangely,” won Sil Lai the NABJ “Salute to Excellence Award” in the Commentary/Essay Category as part of the magazine’s “Multiracial in America” package. She is also a contributor to HuffPost, The Daily Beast, and Marie Claire, to name a few.

She resides in the Philadelphia area.