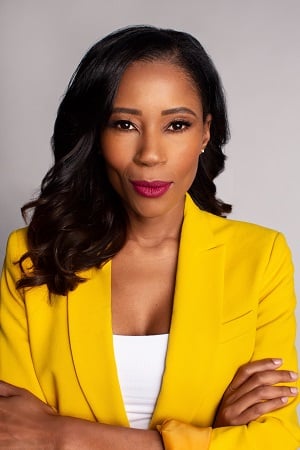 As an award-winning on-air commentator and gender-equity advocate, Adrienne does more than just talk. The former “big law” litigator is passionate about reaching audiences through informative, thought-provoking conversation—particularly on matters impacting women in the workplace.

After going public about sexual harassment and gender discrimination at her former employer ESPN, Adrienne wrote Staying in the Game: The Playbook for Beating Workplace Sexual Harassment, a first-of-its-kind survival guide that was published by Penguin Random House’s TarcherPerigee on May 12, 2020. Staying in the Game has been heralded as “a must-read for any woman in any workplace” and “[a] highly readable and informative introduction to managing workplace harassment.”

In January 2020, Adrienne joined BetterBrave as General Counsel and Director of Outreach, addressing the legal needs of the non-profit organization focused on providing employees with strategic and effective tools for beating workplace sexual harassment. As a consultant, Adrienne also draws on more than 10 years of legal experience and an advanced background in criminology to educate thousands of employees as the host of informative and impactful workplace sexual harassment, retaliation and inclusivity training programs used by the majority of Fortune 100 companies.

When not advancing gender parity in the workplace, Adrienne is engaging audiences online and in person. She can be seen as a regular commentator and legal analyst on The Young Turks and BuzzFeed platforms, in addition to contributing her insight to outlets like NPR, Betches and Ms. magazine, while still making time to speak at large forums such as The Wing, South by Southwest (SXSW), The Amber Rose Los Angeles Slutwalk, the Women’s Media Center Progressive Women’s Voices, among others.

A northern California native, Adrienne graduated high school at the age of 16 after skipping a grade, earning her B.S. cum laude from Cal State Sacramento (Criminal Justice) at the age of 19, an M.A. from City University of New York, John Jay College of Criminal Justice (Criminal Law & Procedure), and a J.D. from The George Washington University Law School. After law school, she clerked for Chief Judge Eric T. Washington of the D.C. Court of Appeals and went on to work for several major law firms. In 2015, Adrienne completed the M.A. specialized journalism program at the University of Southern California, putting her thesis on hold to join ESPN. After settling her lawsuit against ESPN, she completed her thesis in 2020, earning her second master’s degree.

Adrienne is based in Los Angeles, CA.